Origin of the Laser inscribed ‘Skippy’

Inscribed ‘Skippy’ on a Diamond girdle?

As a trainee jewellery valuer with the NCJV part of my course work requires ‘practice’ doing quality assessments and of course, practice valuations.

I was given a piece of jewellery to use for one of my assignments, an 18ct yellow and white gold single stone ring, with a round brilliant cut diamond set in 6 white gold claws.

My first observation of the stone revealed a rather heavily included stone with some very interesting inclusions, then I discovered a rather peculiar laser inscription on the girdle, a picture of a “Skippy” (kangaroo) and a five-digit number.

The fifth number was positioned right next to a claw, so using the ‘reflection method’ looking at the inside of the girdle through the table, there were no more numbers that I could see.

But what does it all mean?

I contacted many of my peers to see if they had come across this ‘Skippy” before, as no one had seen him before. I then traced back through the ownership of the item, the lady who gave me the ring informed me that she purchased it from a jeweller friend who made the ring for his wife. The jeweller told us that he most likely purchased the stone from Bolton Gems in Brisbane approximately 20 years ago, and that he recalled he purchased it as a ‘recycled’ stone.

On Contacting Bolton Gems direct and speaking with a representative, I discovered that the inscribing was done in house by Bolton Gems as a ‘stock code/supplier code’ as stones were getting mixed up. ² This was their way of keeping track of stones from each ‘parcel’ that had been purchased. With the inscribed number corresponding to the ‘parcel’ number. ¹

Although I was also informed that the ‘parcel’ could have been purchased from anywhere in the world, not necessarily from an Australian diamond mine. ¹

The stones were inscribed by a machine approximately 20 years ago and those from 0.50ct and up were included in this process. ²

What about the Skippy! It appears that the Skippy was the representation of an ‘Australian Owned Business’ (Bolton Gems)

However, after only a couple of years Bolton Gems purchased a newer Sarin Machine. This machine had the ability to scan all the measurements and angles of each stone, storing the data. ²

The inscription of the ‘Skippy’ and parcel number were no longer required to keep track of their stock, as the parcel number could easily be identified by simply scanning the stone. ²

The number of items that were inscribed is still unknown and while there are still records of these parcel numbers, to find the origin of this ‘parcel’ would be a mammoth and time-consuming task. ²

So, does it make the diamond more valuable or a rarity? No, probably not.

Finding the origin of this inscription took quite some time and research, by contacting not only my peers but also other diamond companies both in Australia and overseas. Hopefully by writing this article I will save someone else the extensive time researching for the origin, should you ever come across another one of these interesting little inscribed ‘Skippy’s’ on a diamond girdle. 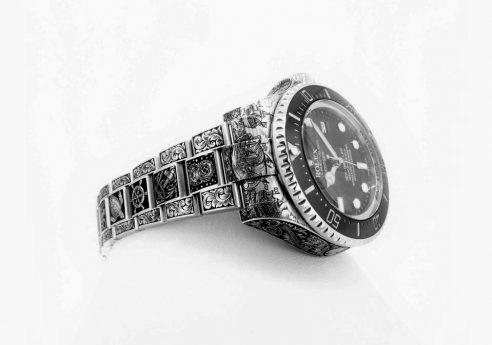 This engraving, which some may call art, took 6 hours of design time and a staggering 214 man hours to complete using only an eyeglass for magnification. 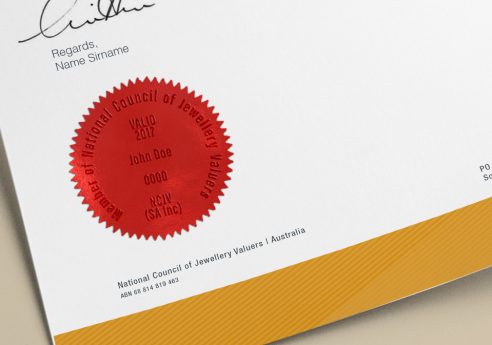